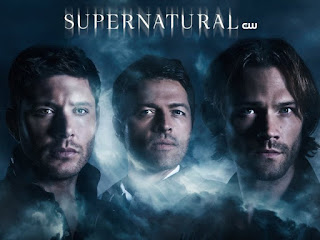 I just finished watching Supernatural Season 14 and I am pumped for Season 15, the final season of the long and epic run of Supernatural. The show has gone from a monster of the week action show to a deeply emotional multi season arching action packed drama. However, the ending of season 14 seems to imply we may get a return to the monster of the week but I have a very different theory. You see, Chuck revealed his hand to Team Free Will, The Winchester Brothers and Castiel, when he said they were his favorite show to watch. My theory is Team Free Will is going to do the thing they always do, defy Chuck's preordained destiny for the group.

It is apparent from the ending of Season 14 that Chuck has set loose many monsters from the past to cause destruction on the citizens of the world, but if he truly wanted to bring about "the end" like he claimed he could have simply willed it so. This means, in my humble opinion, "the end" that Chuck was talking about was not the end of the world but rather an end to Team Free Will's disobedience. You see, Chuck knows that Team Free Will won't allow the world to go to hell, literally or figuratively, so by releasing such horrors on the world the Winchesters and Castiel are forced to play Chuck's game once again. 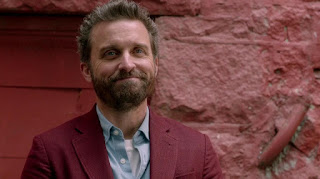 However, as fans of the show already know, Team Free Will is willing to go to extreme lengths to live their lives as they see fit and not be constrained by the confines of destiny. Thus, I believe we will see Dean suggest that, after they escape the zombies we found them facing off at the end of Season 14, that they simply do nothing. Sam, being the compassionate voice of reason will of course argue that people will suffer if they do nothing but Dean will tell him that more will suffer if they continue to jump through Chuck's hoops. Castiel, will of course tell them that Chuck won't let his creation be destroyed and he agree with Dean that Chuck will eventually get frustrated and simply revert the world to what it was before he got all pissy.

Chuck will not go down without a fight I can can easily picture him putting Ben and Lisa in grave danger in an effort to force Dean to go back to actively playing his game. This will of course force Dean to admit he loves Lisa and he isn't saving her because of this, believing if he did save her then Chuck would continuously put her in danger to manipulate Dean and if he refuses then Chuck will spare her because ultimately Chuck isn't evil, just an asshole. Obviously this will lead to an anticlimactic finale, so I expect this arc to only last the first few episodes of Season 15 and not the entirety of the season. That's just my thought, what do you guys think? As always. feel free to comment, like, share, tweet, or whatever other thing you kids do on your social media these days.