A Piece of the Pie: Gaming and Nerddom as Sanctuary vs. Another Culture War Battlefield 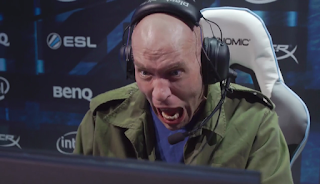 On June 4, the Right-wing magazine Human Events published a piece by Media Research Center’s TechWatch writer Alexander Hall on how “The Left is At War Over One Last Conservative Cultural Bastion: Gaming.” While clearly aimed at conservatives, the title alone is self-explanatory, the article tries to posit gaming as a space in which those on the Right could sway gamers to retake society. Joel Kurtinitis made similar, albeit more downplayed, remarks on how "there’s an opening for the libertarian right to swell their ranks” in a June 10 piece for The Federalist.

On June 9, meanwhile, Leftist outlet Jacobin posted a review by Laura Bartkowiak and Brian Sullivan of Jamie Woodcock’s book Marx at the Arcade. Its title of “We Can Win Gamers Over to Socialism”, however, betrays how said review is more of an excuse to proselytize about claiming video games for the Left. Ostensibly in the name of oppressed workers and fighting the seemingly toxic encroachment of “Bannon and other right-wing intellectuals.” Which is rather curious, given how the same publication had attacked gamers for being pro-capitalist and accused them of enabling the Far-Right. Not to mention, the same authors had also previously cited Alfie Bown of The Guardian, who conflated gaming with mass shootings. No amount of token concessions to entertainment could really mask those glaring details.

Now granted, this isn’t a clear-cut “both sides” situation. It should be stressed how, especially over the past 10-15 years, such efforts to politicize gaming have been predominantly Leftist in some shape or form. And as Alexander Hill conceded in his piece, this isn’t just a conservative concern as people who aren’t even political have been impacted. It’s not too hard to imagine why, given how even classical liberalism could be construed as “Right-wing” in the eyes of SJWs and elements of the media.

Nonetheless, there seems to be a growing trend of activists and media figures from various political camps seeking to claim their piece of the proverbial pie for their respective ideologies. However, such antics, whatever the reason or however alluring the temptation may be, are turning video games among others into another front line of the culture war.

I believe this is a very risky development. True, some could make the case of gaming and entertainment being, at least in some form, “libertarian” in relation to free expression. As previously brought up, the attacks and politicized encroachment by the Left are not to be ignored. However, just as there are anarchist comic books alongside those made by piously Christian authors, it would be a fool’s errand to think that games are “progressive” or “conservative” in general when works as varied as the popular Fallout, Metal Gear and Persona franchises exist. To say nothing of completely apolitical fare like Tetris. On a similar note, gamers, including those opposing such attacks, are anything but exclusive to any one ideology. From conservatives, liberals and myriad libertarians to atheists, religious folk, and even some disenfranchised socialists and progressives, they’re a very heterodox bunch to say the least. Making any serious effort to co-opt the idea of a gamer is disingenuous at best.

Lest we forget, and echoing similar comments from Youtubers like Appabend and The Act Man on the matter, gaming and nerddom at large aren’t just some “safe space.” They’re a sanctuary of escapism, creativity and fun. Havens where people could explore strange new worlds and enjoy some respite away from the grind, which includes the culture war. Whether due to being seen as outcasts, even by those nominally on the same sociopolitical camp, or because of disabilities and social issues, many have found shared passions and through them, a sense of camaraderie. In some way or another, we've known this as true, even to a degree now, rather than just being nostalgia for "better times."

Surely, the last thing anyone would want is for all that to be taken away for ideological brownie points or out of spite. To have our passions swallowed into yet another grueling mess, in which there’s no escape, would defeat the whole point of having such a sanctuary.

My political views are irrelevant here. Save for this: I’d rather have a haven in which people, not just myself, have the liberty to create, relax and have fun, than people screaming and clawing at each other. Forever.As always. feel free to comment, like, share, tweet, or whatever other thing you kids do on your social media these days.