The Sad State Of Games Journalism 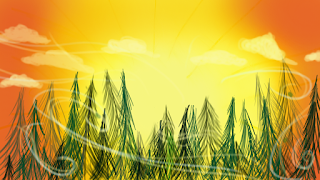 After twenty years in the video game journalism business I'm still just a nobody gamer smacking his hands on a keyboard because he loves video games while others, who hate video games with a passion, are being promoted as the faces of games journalism. Now, some people will call me a bitter hack who was never good enough to become a professional video game journalist and those people might be 100% correct, but whether it is true or not that I just suck at my hobby it doesn't make anything I am going to say false. In fact, if I was a complete hack and a terrible writer it would only lend more credibility to the things I am going to claim. With that said, let's get to the meat of the matter.

When video games journalism started, publishers were rushing to magazines and websites in a desperate attempt to get eyes on their products. Any decent sized outlet could snag a review copy and a press kit as publishers knew that a lack of coverage could kill a game before it was even released. However, that is is no longer the case. You see, as video games went from a niche market to a multi billion dollar industry the outlets became the desperate ones bending over backward trying to please publishers in order to be given the opportunity to preview or review their games. With the amount of outlets covering video games exploding as well as the success of YouTube reviewers and Let's Plays the video game industry went from having no power over video games journalist to having all the power.

According to Peter Parker's Uncle Ben "With great power comes great responsibility."  Unfortunately for us, the video game industry has never learned this lesson. Instead of using their new found power to hold video games journalist to an ethical standard they have used their power and influence over video games journalism to push crappy games, spread lies, and mislead the gaming public. Games like The Elder Scrolls V: Skyrim and Fallout 4 would no longer be dragged through the mud for their numerous bugs and glitches, instead Bethesda would remind the "mainstream" gaming press that such things were par for the course and they should report it as such. And just like good propaganda agents, the mainstream press fell in line, because they know if they didn't they would be cut off from all the future review copies, high class press events, bonus goodies, and sweet sweet clicks for being the only outlets covering the high profile games early.

Quickly and with no one noticing, actual gamers who cared about honest reporting were pushed out of the video game journalism industry, replaced by people with a disdain for gamers and a love of free stuff. Anyone who dared to call out the bullshit practices of video games journalist or video game companies were quickly labeled every negative stereotype they could think of, in hopes that the average uninformed consumer would ignore them and continue to give the mainstream gaming press their 13 pieces of silver. So, we now have a gaming press that hates the consumers of the products they are suppose to review, streamers who are paid cheerleaders for certain games, shills who bend the knee in hopes of getting accepted into the elite club of "approved" games journalist, and a handful of honest video games journalist who are often ignored by the majority of gamers.

This brings things back to me and my personal issues with the gaming press. A few years back I was "fired" from my position as a volunteer contributer at the site OPNoobs. For a detailed look into the situation please see this video by YouTuber SidAlpha and the follow up video when OPNoobs attempted to smear myself and SidAlpha. For those wanting a quick TL:DW, I was a contributer to OPNoobs and was considered by the staff one of the best writers on staff. OPNoobs was a small site but it was growing fairly steadily. OPNoobs usually covered indy games but NIS America was set to re-release a PSP game, Criminal Girls: Invite Only, on Steam and to the surprise of OPNoobs they were given a preview copy of the game. I was in charge of reviewing the game and it was pretty shitty. I gave the game a bad review and score but the OPNoobs owner cut up my review, doubled the score, and "fired" me. In a totally unrelated matter, OPNoobs was given MetaCritic accreditation the day after the altered review went up. Additionally, several other writers for OPNoobs were let go and all their and my reviews were removed from the OPNoobs site.

My situation is just one example of the power that the video game industry has over the gaming press. OPNoobs bent the knee knowing if they did so they would get a pat on the head and if they didn't they would be "blacklisted" and wallow in obscurity. I don't hate OPNoobs for their decision, I pity them, and everyone like them, for feeling like the only way they could become profitable was to sell out. As always. feel free to comment, like, share, tweet, or whatever other thing you kids do on your social media these days.