Pop culture does matter, only if you try: The importance of good, constructive effort in Comics and Games 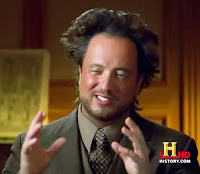 It’s been said, notably by the late Andrew Breitbart, that “pop culture matters." Although variations of this were intended to get the American Right active during his time, as opposed to sitting it out and complaining, it’s not hard to see how its applicability transcends ideological lines. I see shades of this unfolding nowadays with independent games and comics being supported, if not made, by those objecting to censorship and unwanted politicization.

However, for this constructive push to mean something the end results would have to be good at what they are, first and foremost. I need only look at laughably bad “Christian” media, such as the infamous Left Behind, to see what happens when hackneyed moralism takes precedence over quality, especially when “old guard” Religious Right rhetoric is about as appealing to contemporary conservatives as “How do you do, fellow kids?” Likewise, progressive virtue-signaling and out-of-place political grandstanding, as seen in the IDW run of Judge Dredd or the average Marvel Comics issue in the 2010s alone don’t make up for poor writing or art. This isn't to say that those who believe in the notion that "The Medium is the Message" or just something different necessarily have to compromise their views. Nor to dismiss generally religious-themed works outright, especially when Judeo-Christian films like The Prince of Egypt and Hacksaw Ridge still manage to be solid works in their own right without patronizing their audiences. Rather, the point here’s that the last thing people would like to see out of their entertainment or fiction is even more glorified propaganda at the expense of quality.

This seems to be something that many who sympathize with Comicsgate, in one form or another, have learned. One notable example is Jawbreakers – Lost Souls, written by Richard C. Meyer. Despite efforts from both SJWs and elements from the Western comics industry itself to ensure it’d never see the light of day, not only did this crowdfunded project manage to pull through defiantly, but it also turned out to be a more than decent comic in its own right. This is by no means the only case in point, with other independent and fan-backed projects meeting similar success, from Trent Luther and Brian Ball’s military black humor series Rags being taken up by Antarctic Press to Doug TenNapel’s Earthworm Jim comic managing to get over $100,000 on IndieGoGo within 24 hours. One doesn’t have to agree with the authors’ political views or ideas when their works are solid and popular enough to be enjoyed regardless.

Much of the same could be said for gaming. Apart from Warhorse Studios’ Kingdom Come: Deliverance, the success of which has arguably become legend as an example of crowdfunded games done right, one of the most anticipated titles is FOW Studios’ Subverse. Inspired by the likes of the Mass Effect games, this ambitious, erotic title defied naysayers and skeptics by becoming one of the biggest Kickstarters ever, breaking the $2 Million mark. Which isn’t even getting to the soon-to-release Bloodstained: Ritual of the Night, brainchild of ex-Castlevania producer Koji Igarashi, which has not only garnered over $5.5 Million by May 2019, but has also earned more than enough to thoroughly revamp the game and have post-launch content. While these generally have no real “political” statements to make outside of the developers wanting to make the kind of content they and/or gamers want, to call their success impressive is understating it.

Granted, there are myriad pitfalls: fear of disappointment, the tendency of some projects to be failures and scams, the threat of censorship and coercion, even the risk of another Star Citizen or Phoenix Point-style fiasco. Given how Patreon’s reputation as a fair monetary platform has been put into heavy suspicion in light of controversial decisions, among others, I can see why some would be wary, if not outright dismiss those notions. Whether out of cynicism or despair, there’s always that temptation to slide into a nigh-constant siege mentality and lament what’s lost. Or be a voice in the wilderness, detached from a world seemingly “tainted” beyond hope.

It’s not like I would blame such people, though, especially when there are enough old games and comics to make the proverbial seclusion more tolerable. Nonetheless, pop culture does matter. There’s an opportunity here to help leave a more lasting impact, whether as a long-term way to “win” the culture war or to just see even more of what fans and gamers want. As another saying goes, “Nothing ventured, nothing gained.” As always. feel free to comment, like, share, tweet, or whatever other thing you kids do on your social media these days.