Racist! Bigoted! Reactionary! Warmongering! Imperialist! These and many other similar terms have been thrown against Sid Meier’s Civilization, exemplified by both Chris Franklin and Kyle Kallgren in their hit pieces. Media “critics” like them and their supporters have, over the years, framed such commentaries as “just” criticism or starting a conversation. Hiding their vitriol with sleek production values, while using the fact that one could still enjoy a game even if there truly was something “problematic” in it as a convenient cop-out. As they make these baseless attacks they place themselves on a pedestal, making it easier to brand rebuttals as immature whining from fan boys and to present themselves as authorities on such matters to developers or the ill informed. 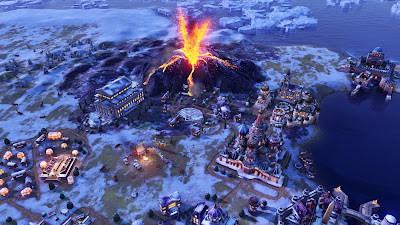 It is often said that criticism begets criticism, no more so then when it is found wanting. And the aforementioned critiques of the Civilization franchise are no exemption. In fact, because I believe them to be found more than wanting, they will bear the brunt of my rebuttal. Now then, take the potshots made on Civilization’s barbarian hordes. While Franklin perceived it as a problematic value-statement on nomadic hunter-gatherers and Kallgren sees it as condescending Eurocentrism it’s really there to make things more interesting and challenging to players. In fact, the games themselves have described them as mere abstract representations of chaos and the myriad human threats that existed in a throughout time rather than specific groups. This holds true whether they are warbands, pirates or armed rebellions. In addition, viewing the very notion as some backward idea of othering nomadic tribes or “primitive” ways of living neglects how the concept is not an exclusively Western construct and has been documented throughout recorded history. In fact the Huns and Mongols, which are playable factions coincidentally, can attest to such a notion. It is therefore my belief that these “criticisms” are mere baseless attacks used to drive an ideology and accrue influence for Franklin and Kallgren rather than thoughtful and game based critiques. 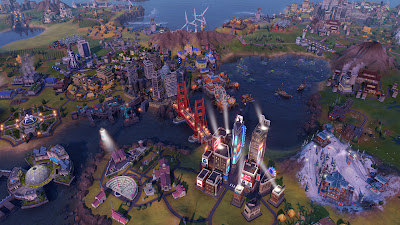 Indeed, overreaching claims are a prevailing element in these analyses. The notion that Conquest Victories are the primary aim of the game and thus the necessity of having armed units are indicative of celebrating militarism neglects both non-violent means of winning the game, such as the classic “send a ship to Alpha Centauri” Science Victory, and the undeniable reality of conflict as part of human nature. Similarly, concluding that some factions like Greece or different incarnations of the Germans don’t deserve being called a civilization, since they were not “united” or a nation-state as understood in modern academia, is another case of White European bias due to their inclusion. In fact, they say the term “civilization” itself is somehow bigoted but this ignores the significance Greece and those Germans are to history. It also ignores the actual variety of playable cultures including but not limited to the Zulus, the Aztecs, the Chinese, and the Sumerians. In other words, they’re trying to find fault or worse, force down their concerns where none exists. 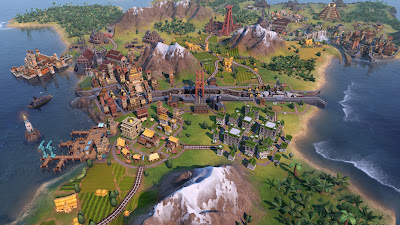 The more one digs the more it becomes apparent that they’re not just simply railing against the series for not being a 100% historically accurate simulator. No, they lambast it for not being some ideological thesis on what humanity should be, usually along whatever is in vogue among progressive activists and some corners of the intelligentsia at the moment, rather than being a video game series that just happens to be inspired by world history. Expecting it to make a statement denouncing wars and bigotry in favor of global unity, then whining when it is in fact no such thing, instead of appreciate what it is trying to do as a form of entertainment doesn’t make for good criticism. In practice such rhetoric and the framing of it, do little more than provide an excuse for moral and/or ideological grandstanding. Which does neither the games, the source material (history) or the fans any justice. 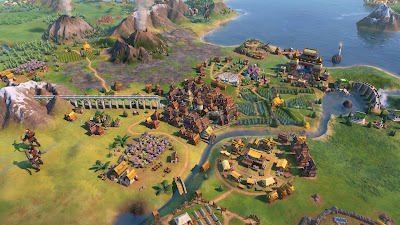 Granted, Sid Meier’s brainchild isn’t without its flaws. Some entries are better at the “Just one more turn” experience than others. In addition to this, other more recent franchises go much further in bringing history to life. But Civilization, and gamers at large, deserve far better than what’s being passed off as intellectual critique of a beloved franchise. As always. feel free to comment, like, share, tweet, or whatever other thing you kids do on your social media these days.