The Struggles of An Adult Gamer Part 2: Playing for fun Vs playing with a purpose! 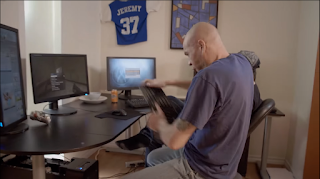 Last time I found the time to sit down and crank out a blog post about the struggles of an adult gamer I talked about the Ever Growing Backlog. This time we're gonna discuss something that contributes to the backlog problem but I failed to even mention last time. Playing a game for fun versus playing it with a purpose. Before we dive into the issue at hand let me preface the discussion with a few notes. First and foremost, fun is a very subjective thing. What is fun for one person might be dreadfully boring. So, please don't come at me with "playing the game as intended and making progress is fun" because I know that is the case ninety nine percent of the time. I also know that for a lot of people not getting side tracked or distracted by the open world of the game they are playing is entirely possible. Lastly, and I can't stress this enough, time is a finite resource that adults have too little of, therefore they experience a pressure to make progress in a game that young kids and millennials rarely ever feel. 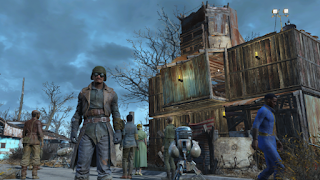 So, what the hell am I talking about exactly? What is the difference between playing for fun and playing with a purpose? Well, if you shut up for a second I can explain. Playing with a purpose should be fairly self explanatory. You play the game trying to advance the plot and see the ending of the game.When I first started playing games in the mid eighties this was pretty much the only way to play a game. Games back then had no side missions, no mini-games, no side activities, and a timer that kept you from lingering on a level too long. Now, playing a game for fun means experiencing the entire game. This might mean you're hunting legendary animals in Red Dead Redemption 2, reading every book you come across in Skyrim, building fantastically elaborate settlements in Fallout 4, or causing untold amounts of mayhem and destruction in Grand Theft Auto 5. All these things are fun, time consuming, and in no way necessary to finish the game. 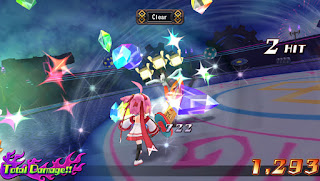 As an adult with very limited time to actually play games, I find myself struggling with the fact that I often have more fun doing stupid shit in games than I do actually advancing the plot. I've gone on shooting sprees more times in Red Dead Redemption 2 than I care to admit despite barely getting to the point in the game that allows me to start doing whatever the hell I want. I've wondered around the wasteland in Fallout 4 hunting down raiders and super mutants despite the fact I've yet to step foot in Diamond City after owning the game for years. I don't even want to talk about the time I've wasted just swinging around New York in the new Spider-Man game. Doing things like this usually fills me with regret as I realize I've "wasted" my free time making no actual progress in the game I just played.

At least, it used to fill me with regret. You see, I realized something that I think all adult gamers need to realize, games are suppose to be fun! This means that if you make progress in the story or just sit on a roof shooting cops until they finally overwhelm you, having fun with the game is all that really matters at the end of the day. Life is too short to turn your hobby into a high pressure job with deadlines and goals to complete. Just play your games in whatever way is fun for you and if you never defeat that final boss, hell if you never make it to the last boss, don't sweat it. The amount of gamers to "defeat" Pac-Man is minuscule compared to the amount that have played the game yet its still fun to run around the maze gobbling up dots. That's my take on it anyways, I'm just an asshole behind a keyboard so really what do I know? As always. feel free to comment, like, share, tweet, or whatever other thing you kids do on your social media these days.