The Struggles of An Adult Gamer Part 1: The Ever Growing Backlog 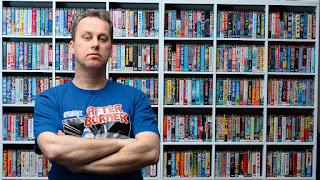 The topic of gaming backlogs is one that has become more relevant over the years as gamers from the golden age of gaming, late 80's to the early 2000's, have reached adulthood. Adulthood, the time of our life we envisioned having the money and time to buy and play as many games as we wanted. How wrong we were!  Gone are the endless days and nights that one could play games for hours to be replaced by work and family obligations. Add to this the transition from small level-centric games, the original Super Mario Bros. takes about two hours for a decently skilled gamer to beat, to large expansive open worlds with a seemingly endless wave of side quests, The Elder Scrolls V: Skyrim has well over one hundred hours of content, that are being released at a break neck pace. Additionally, gamers of my age group must come to terms with a deterioration of hand eye coordination and general gaming skill causing them to either play games on easier settings or reply hours of content over and over should they fail to beat a boss or die from a mistimed jump. And so, with a lack of time and skill but an increase in funds and the ability to spend said cash on whatever we want, we buy more and more games only to toss them into the backlog pile! My personal backlog is so long and intimidating that I'm actually ashamed to have spent money on games I have yet to actually try years after purchasing them.

So, what can be done to alleviate the problem of the ever growing backlog? Well, first and foremost you need to come to terms with the fact that you are no longer the gamer you were twenty to thirty years ago. Your reflexes are slower, your memory is failing, and you can no longer go half a day without eating or drinking. Once you accept these facts you no longer concern yourself with playing games at lower difficulty levels or using online guides to beat games. As great as it is to play Fallout 4 on survival difficulty, the way it probably was meant to be played if you ask me, the struggles of not being able to fast travel is going to add far too much time walking around from point A to point B to justify playing it that way for someone with so few hours of game time available. So go ahead and drop those difficulty levels to the easiest setting you can tolerate, unless you know doing so will remove content from the game, and run through your games like a hot knife through warm butter.

Another thing you can do to relieve the backlog beast is to stop feeding it! Your backlog will only grow if you continue to buy games. I know that sounds obvious, but until you make the conscious decision to stop buying games you will continue to do so. Now, I know going cold turkey can be very tough for people so allow me to make a suggestion. Open a gaming bank account and deposit the cost of any game you want to buy into this account.Then, write the name of the game down on a game list. This is you "buying" the game and removing the funds from your wallet just as if you actually did buy a new game. Next, continue to play through your current backlog until you finally kill the beast and run out of games to play. Finally, check your gaming list and go out and actually buy one of those games and begin playing it. Doing things this way will save you money as games often drop in price or bundle DLC with the main game after a while as well as make you money as your gaming account gains interest over time.

The last thing you can do to tackle the backlog of games is to avoid games that are nothing more than time wasters. These are MMOs, multiplayer only games, and mobile games. Sure, all of these genres are fun to play but they also take up huge amounts of time with no real "end" or return on your time investment. After twenty hours in Overwatch you have gained nothing where as twenty hours in Red Dead Redemption 2 will have moved the main story along a bit or at least knocked out a side quest or two. Well, there you go folks. A brief discussion about one of the many problems facing adult gamers as well as a few ways you might alleviate the problem. As always. feel free to comment, like, share, tweet, or whatever other thing you kids do on your social media these days.

*Picture is of Joel Hopkins of Melbourne Australia who is reported to have the biggest vido game collection in the world. The picture was taken from an article about Joel from Press Start