Who Will The Defenders Face In Their Netflix Debut? The Top 5 Candidates! 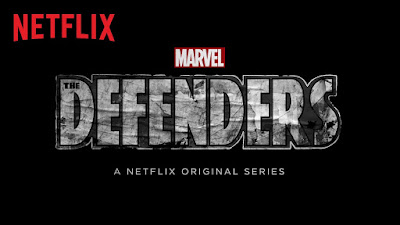 With Jessica Jones, a second season of Daredevil, and Luke Cage already finished and Iron Fist getting a series of his own, the stage is almost set for the big Defenders team-up movie. However, the one thing we don't have a clue about is who will the Defenders face in their big team-up? In Daredevil we got The Kingpin, The Punisher, The Hand, various crime lords, and Elektra. Jessica Jones was all about The Purple Man, Zebidiah Killgrave. Luke Cage is going to have Cottonmouth and Diamondback show up, while we have no idea who will appear in Iron Fist. So, what does that mean for the Defenders? Well, I am here to tell you that by giving you the top 5 candidates to face the Defenders in their made for Netflix movie. Just to keep things semi-interesting I will reveal them from least interesting to most. 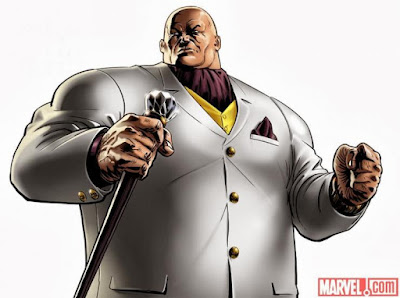 #5: The Kingpin
After Daredevil season 2 Wilson Fisk is still trying to scratch and claw his way back to the top of New York's criminal underworld and the only people that seem to be in his way are costumed heroes. In the comics this would lead Fisk to hire a bunch of costumed villains of his own and have the heroes hunted down, which is what could happen on the Defenders. While this could lead to some interesting fights with new to the MCU villains such as Typhoid Mary and Bullseye it would be quite a disappointment to have four heroes team up to take on one former crime boss trying to make his way back to the top. As good as Vincent D'Onofrio is in the role of Wilson Fisk, they have not made him into a big enough threat to need four heroes to stop him..although by the time The Defenders 2 rolls around he just might be a true threat. 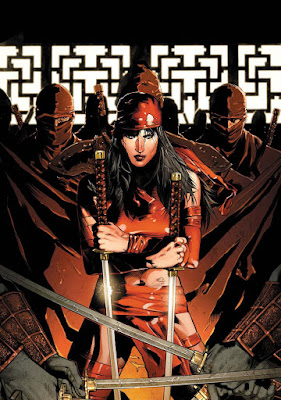 #4: The Hand and Elektra
Already set up as a threat to all of Hell's Kitchen and the greater New York area, The Hand ninjas, under the orders of a newly resurrected and evil Elektra, could descend upon the city in full force causing the four heroes to team up to take them down once and for all. While The Hand and Elektra would make great villains for Iron Fist to kung-fu up against it would not be that great to see them face off against the Defenders in my opinion. Sure, the story of The Beast is a lot more interesting than seeing The Kingpin move up the criminal ladder, it still doesn't feel epic enough for a Defenders movie. 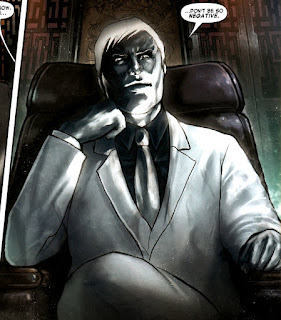 #3: Mister Negative
Mister Negative is a a Spider-Man villain, but with Spider-Man recently joining the MCU it is quite plausible that he could show up on Netflix. A villain that has to sides, one a honest man trying to help his community and the other a villain trying to become the next Kingpin would bring a bit of complexity to the Netflix show that so far is pretty lacking. In addition to the interesting dynamic of Mister Negative himself, his superhuman strength and karate abilities would allow him to go toe to toe with each of the Defenders in fights leading to some great action scenes. His other power, tapping into a person's dark side and unleashing it would give us the team-up cliche of heroes fighting one another before teaming up, but with a plausible excuse. 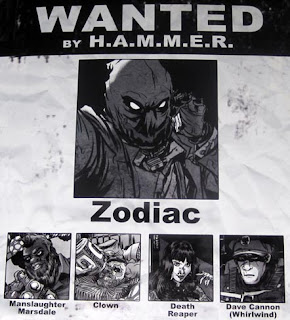 #2: Zodiac's Gang
Not to be confused by the Zodiac Cartel, the Zodiac Gang is a group of low level anarchist brought together by a mysterious psycho named Zodiac. The Zodiac Gang would present a truly evil force of nature that isn't interested in money, fame, or power just death and destruction. Much like The Joker of The Dark Knight, Zodiac and his gang of miscreants go around killing people without super powers or special abilities. They would represent an evil that The Defenders couldn't just punch away or predict, leading to an interesting moral dilemma for The Defenders. To me this would be one of the most interesting, but least likely choices as they would be pretty much unknown to anyone outside of the die hard Marvel comics fans. 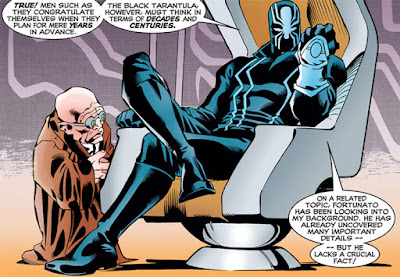 
The Black Tarantula is another Spider-Man villain, but unlike Mister Negative he has had run ins with Daredevil, Luke Cage, and Iron Fist. In addition to sharing a comic book history with three of The Defenders, he would represent a missing faction in the New York underworld, the Mexican/South American cartels. In addition to bringing in another gang vying for control of the New York underworld, you would solidify the connection between Spider-Man and the Defenders since both operate in New York. Also, the Black Tarantula has enough strength to tackle both Luke Cage and Jessica Jones at the same time, while like Mister Negative he has advanced martial arts skills that would allow him to face off with Daredevil and Iron Fist. The story of The Black Tarantula, an immortal powerhouse that has lived through the centuries ruling the underworld in South America is very interesting to me and the reveal that he is actually a series of men inheriting the title of The Black Tarantula would lead to a great second act shock for our heroes and leave us wondering if the current Black Tarantula's son will continue the legacy of his father. As always. feel free to comment, like, share, tweet, or whatever other thing you kids do on your social media these days.
*All images are owned by their respective copyright holders and are used under fair use guidelines