Agents of SHIELD Theory: Aida and The Brain! 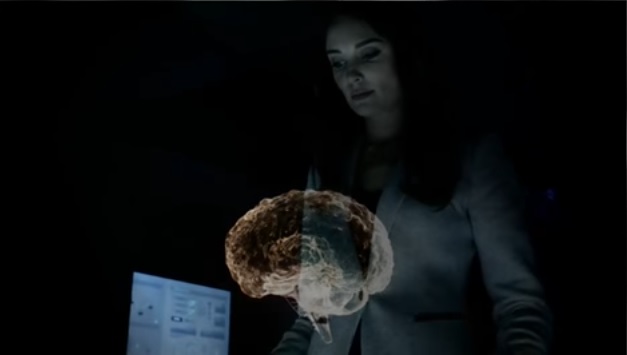 Agents of Shield season 4 Ep. 7 Deals with Our Devils ended with the androis Aida creating some sort of brain with the same mystical/scinetific gloves she used to save Coulson and Fitz. Now, I have many people express the opinion that this is forshadowing Aida's turn to evil, making her a sort of Ultron lite if you will, and setting up the villain for the remainder of the season. Well folks, strap yourselves in because the ride is going to get bumpy but it isn't going to end with an evil Aida. You see, Aida was programmed to mimic human behavior and emotion and it is often said that one of the strongest emotions of femals is the desire to have a baby. The one thing Aida could never do, until the Darkhold showed her how she could do just that. I know what your thinking, surely Aida could have built an LMD at any time so why now? What could the Darkhold show her that would make this different? Well, you see Aida know she is a LMD and I suspect any A.I. they could have created prior to the Darkhold's knowledge would realize the same thing, especially if it never aged. So, then what did the Darkhold show Aida? It showed her how to create a child that would age and never realize it was an android. It showed her how to create...Machine Teen! 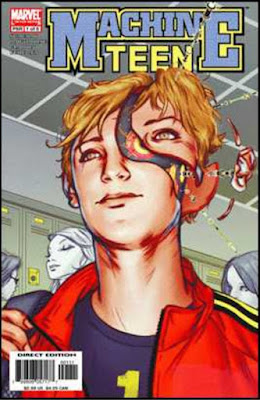 Who is Machine Teen I hear you asking, well that is slightly complicated but I'll do my best to explain. Machine Teen was an attempt by Marvel to reintroduce Machine Man, a character that playe a huge role in the Earth X series of comics, into the Marvel Universe. I told you it was complicated. Anyways, Machine Man was/is Aaron Stack, the last sentient robot from 2001 A Space Odyssey. Yes, the Stanly Kubrick film of the same name was turned into a comic by Jack Kirby. Abel Stack, Aaron's creator sacrificed his life to remove Aaron's self destruct device, then a monolith helped Aaron achieve true sentience. More or less. Aaron is eventually brought into the proper Marvel Universe nd he goes on to have many adventures, even becoming a member of the Avengers.

As I said before, Machine Teen is a new take on the Machine Man mythos, one that now involves Holden Radcliffe. Yes, that Holden Radcliffe, Aida's creator and the person we began this journey talking about. You see, in the Machine Teen comic Holden tried to pervert Machine Teen's creators work, resulting in Machine Teen being created. See how everything is connected? Machine Teen initially has no clue he is a robot and tries to live life as a normal teen, before stuff happens and he has a few adventures. Yeah, pretty generic description but I am not going to ruin the Machine Teen series for you, just go out and buy it. Eventually Machine Teen joins the Avengers Acadamy, damn maybe it all is connected, and starts to learn to use his powers for good. I believe that Aida is indeed building Machine Teen and the second half of season 4 of Agents of SHIELD will involve him being raised by Holden and Aida as a normal kid until somone discovers he true nature and tries to use his advanced technology to eliminate the Inhumans. So, what are your thougts? Am I right like I was about Jeffery Mace becoming the new Director or am I way off base. As always. feel free to comment, like, share, tweet, or whatever other thing you kids do on your social media these days.
*All images are owned by their respective copyright holders and are used under fair use guidelines