A Theory About Scott Adkins Character in Dr. Strange Ever since Scott Adkins was announced to appear in Dr. Strange people have been trying to figure out what character he will play or how will he be involved in the plot, well I think I have finally came up with the answers to both questions. You see, I believe Scott Adkins will play Shen Kuei AKA The Cat! For those that have no idea who The Cat is, well he is considered one of the greatest martial artist on the planet whose skill rivals that of Shang-Chi the master of Kung Fu. In addition to being a martial arts master, Shen Kuei is an assassin, thief, and all around ninja for hire that has no qualms working for either a villain or hero. 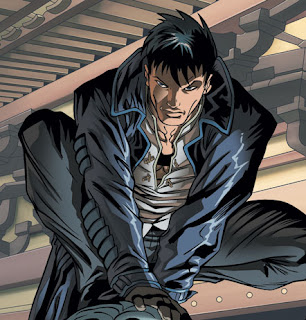 So, as I see it Scott Adkins will be playing Shen Kuei who was hired by Baron Karl Mordo to kill Stephen Strange. This will lead to a fight between Wong, Dr. Strange's assistant/servant/handler, in which Wong gets his butt handed to him in quick fashion. Dr. Strange will then be forced to break out some spells to defeat his foe, which at that point he was having trouble doing thus showcasing his selflessness is the key to his powers as opposed to his old selfish self, and we might even get a joke about all Asians not being Kung Fu masters since wong got beat by what will be revealed as a white guy. I see Shen Kuei reappearing at the end of the film to either connect Iron Fist, or The Hand with Dr. Strange which would connect Dr. Strange to his most famous group from the comics...The Defenders!

So, what do you guys think? Is Scott Adkins playing Shen Kuei? Do you think he might be playing another role? Will Marvel try to connect Dr. Strange to The Defenders? As always. feel free to comment, like, share, tweet, or whatever other thing you kids do on your social media these days.
*All images are owned by their respective copyright holders and are used under fair use guidelines