Stealing DC's Thunder: The Squadron Supreme in the MCU 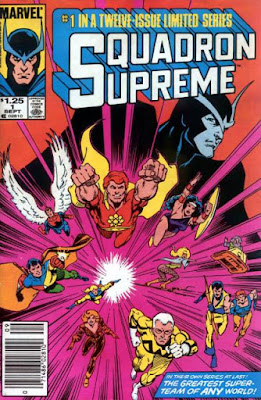 Even with Batman V Superman: Dawn of Justice debuting to mixed Warner Brothers is forging ahead with its plans to make a Justice League movie. Now, many people are saying that comic book movies and television shows are reaching a tipping point, with market oversaturation and diminishing returns right around the corner. Now, the Marvel Cinematic Universe has enjoyed huge success and has several films and TV shows on the horizon, so it would behoove them to squash all DC plans to make more lackluster movies. Now, there isn't anything that Marvel can do legally to stop them from making movies except to do it first and much better. Well, Marvel has done just that according to some but DC is still moving ahead with its plans. So, what could Marvel do to stop this market oversaturation and put DC off of making movies in the near future? Marvel could introduce the Squadron Supreme to the MCU! 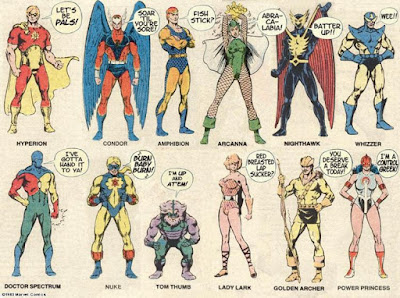 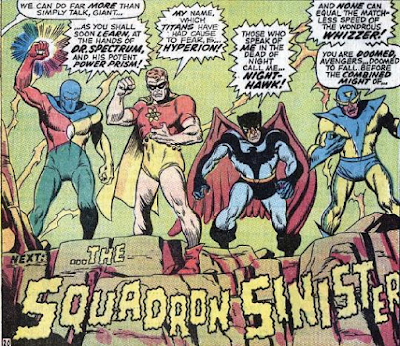 With that quick and basic introduction as to who the Squadron Supreme are, you may be wondering how and why Marvel would introduce them into the MCU. Well, there are two ways Marvel could use them to kill DC Comics hopes of getting a Justice League movie to be as big or even bigger than the Avengers. The first way would be to introduce them as a group of villains from another dimension that escaped into ours during an episode of Agents of S.H.I.E.L.D. With that basic set-up and a brief on screen appearance the stage would be set to debut the Squadron Sinister/Supreme in Avengers Infinity War Part 1. I'd have The Avengers brought together to face this team, then completely mop the floor with these DC analogues, showing that Marvel is the better brand. This could all be done in the first ten minutes of the movies with Iron Man quipping that they could have called in just him to deal with these "losers." The audiences world wide would realize these characters were basically the Justice League and DC Comics would be completely embarrassed and forced to reconsider their Justice League plans. 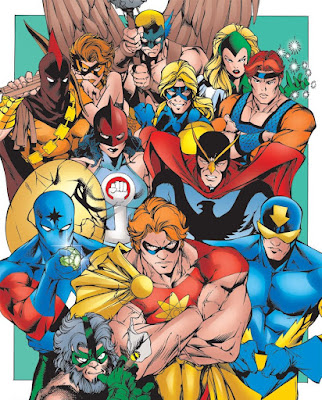 The second way, and the way in which I would want these characters brought out and used would be to once again introduce them in Agents of S.H.I.E.L.D. as a team of heroes from another dimension. I'd quickly show some highlights of their powers in action so we get a real sense of what they can do. I'd then debut the team in a Netflix or ABC produced series which would lead up to a full length feature film that sees the team leave their dimension and join the MCU with no hope of returning home thrown in for good measure. With a back to basics approach Marvel could give DC Comics fans the versions of their heroes they want and ruin the darker, grittier versions of the Justice League once and for all. Not only would Marvel kill off the chances of a Justice League movie they would gain DC Comics fans fed up with the distorted versions of the beloved characters they grew up with.

Well, there you have it folks, the sure fire way Marvel can stick it to DC Comics and Warner Brothers while also making a little money. Feel free to comment, like, share, or whatever other thing you kids do on your social media these days.