Marvel Characters Who Should Appear On Marvel's Most Wanted: The Swordsman 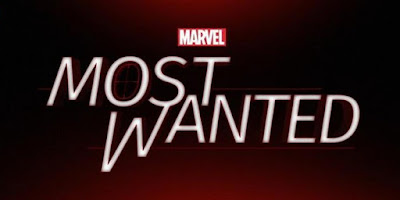 Marvel's Agents of S.H.I.E.L.D. has already been used to introduce several classic Marvel Comics characters such as Deathlok, The Absorbing Man, and Blizzard and I feel like there are several more characters who would fit into the Marvel Cinematic Universe quite nicely. Now, with Marvel spinning off a show from Agents of S.H.I.E.L.D. called Marvel's Most Wanted it seems like the perfect opportunity to introduce several more classic characters. Now then, the first of these characters I feel needs to be on Marvel's Most Wanted is none other than The Swordsman. Now, their have been several men who have used the Swordsman identity over the years but I am speaking about the original Swordsman, Jacques Duquesne. Before I tell you how he would fit into both Marvel's Most Wanted. and the greater Marvel Cinematic Universe allow me to briefly sum up his history. 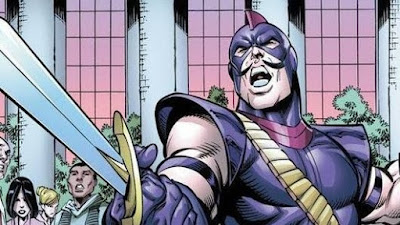 Taken from Wikipedia: "Jacques Duquesne was born to a wealthy French family in the French occupied fictional Southeast Asian nation of Sin-Cong. Unlike his father and other French people living in Sin-Cong Jacques held no prejudice against the native people and was asked to join a communist rebellion against the French after openly helping his Asian servant. Jacques was given a costume and, in his mind, became the freedom fighter The Swordsman. However, after helping overthrow French rule his father was murdered by the rebellions leader Wong Chu. Wong Chu insulted Jacques for siding with people who hated him and soon Jacques left Southeast Asia a broken man. Jacques Duquesne began to show up at various circuses and carnivals under the Swordsman name performing tricks with swords, daggers, and various other bladed weapons. The Swordsman eventually ended up the star performer at the Carson Carnival of Traveling Wonders, however he was far from wealthy as he had descended into both gambling and drunkenness. It is at this point that The Swordsman took a young runaway by the name of Clint Barton under his wing. Barton would go on to become the Avenger Hawkeye and the greatest enemy of The Swordsman.  Eventually The Swordsman was busted stealing money from the carnival promoter by none other than Clint Barton, however years later it would be revealed the promoter was cheating Jacques of money owed to him. The Swordsman would float around as a sword for hire for years before becoming an agent of The Mandarin. It was the Mandarin who would build the Swordsman's sword from alien technology. The Swordsman would then join the Avengers while secretly working for Mandarin and come to find he liked being a hero, although circumstances would force him back into villainy. Swordsman would straddle the fence between hero and villain for years before sacrificing his life to save the life of fellow Avenger Mantis." 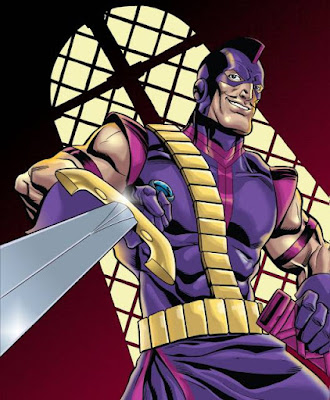 The Swordsman would fit perfectly into Marvel's Most Wanted and the greater Marvel Cinematic Universe. Using The Swordsman on Marvel's Most Wanted would allow a peak into the past of Hawkeye without actually needing Jeremy Renner to make an appearance on the show. This tease of Hawkeye's past would also lead to greater interest in one of the "lesser" Avengers. The Swordsman connection to The Mandarin would allow more insight into the actual Mandarin, the real Mandarin was only hinted at in the Marvel one shot movie All Hail the King, and allow this character to get more backstory and set him up for a debut in Iron Man 4. Lastly, as a villainous mercenary with realistic powers and a technology based weapons it would give Bobbi and Hunter a villain they could fight on equal footing while also show that everyday villains have been upping the ante since the appearance of The Avengers. Lastly, a Swordsman appearance would also show how good intentions and idealism can go wrong, showing us how Bobbi and Hunter could easily slip over to the other side. Another great thing the Swordsman could bring to the show would be the idea of mercenaries being made and paid to hunt down heroes and S.H.I.E.L.D. agents hinting at bigger villains and even more classic characters and evil organizations from the Marvel Comics being active in the MCU. 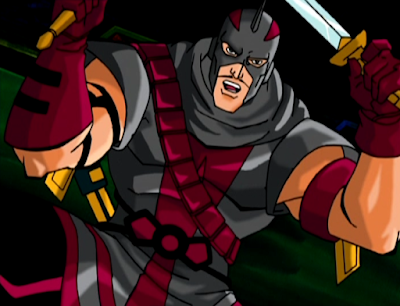 Well, that puts an end to part 1 of Characters Who Should Appear On Marvel's Most Wanted. Although I have quite a few characters already in mind for this ongoing series of post I am always open to suggestions from anyone who reads this, As always. feel free to comment, like, share, tweet, or whatever other thing you kids do on your social media these days.
*All images are owned by their respective copyright holders and are used under fair use guidelines