Avengers Age of Ultron: Crazy Theory #1: The Vision Didn't lift Mjølnir, he only made it appear so... 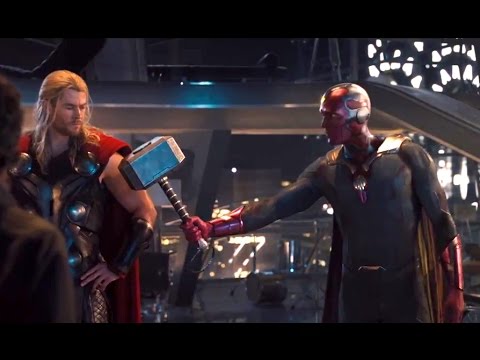 Everyone who has seen Avengers Age of Ultron was blown away by the fact the Vision lifting Thor's hammer Mjølnir with ease. Both fans and characters in the movie have argued as to why or how exactly The Vision was able to pull this feat off, but I am here to reveal the truth. The Vision never lifted Thor's hammer, instead he used the Mind Gem to scan their minds and figure out that such an act would be the only way they would trust him then he used the gem to project the image into their brains! Mind blown!!! All the evidence was right there on the screen but just like the characters in the film The Vision had us under his spell. 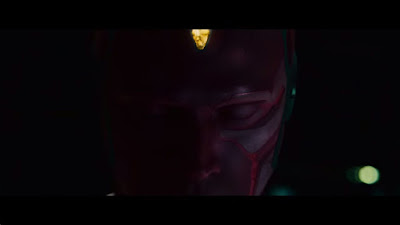 Allow me to explain the three biggest reasons why I believe this is fact. First off, the Vision is speaking about not being trusted then he goes and does the one thing that would instantly earn everyone's trust without anyone ever saying that lifting Thor's hammer would earn their trust. In fact, being a newly created being and with Mjølnir's enchantment not being part of Scandinavian mythology their is no way for The Vision to be aware of it unless he scanned their brains with the Mind Gem. To further cement this fact if you look closely at the Mind Gem on the Vision's forehead you will see it glows ever so slightly indicating it is being used. 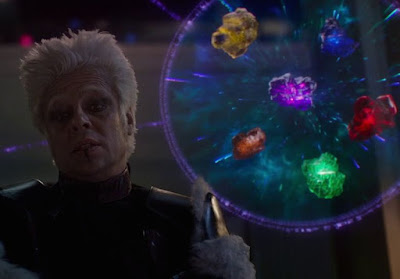 Secondly, the Vision is not an inanimate object like an elevator. We know that he is made up of part of J.A.R.V.I.S. and part of The Mind Stone with a dash of Ultron tossed in there for good measure. As explained by the Collector in The Guardians of the Galaxy movie the stones are older than the universe itself. Six singularity that were forged into being by the big bang....or six beings killed by the big bang and their souls remade into the Infinity Stones. If what I suspect is true than that means The Vision has a soul, namely the Mind Gem and therefore he is not similar to an elevator or a helicarriar. 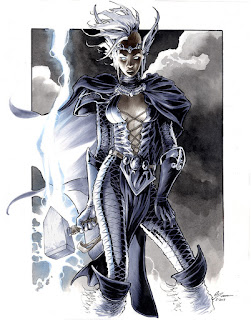 Lastly and most importantly we must remember the inscription on Thor's hammer Mjølnir. "Whosoever holds this hammer, if he be worthy, shall possess the power of Thor."  Now what that means is that if the Vision was in fact worthy and lifted Mjølnir than he should have been bestowed the power of Thor. In the comics when someone was worthy and lifted Mjølnir they became an amalgam of Thor and whoever it was leading to Thor Frog and Storm in a Thor type hat. If you notice, no such thing happens to the Vision which tells us he is not worthy and not actually lifting the hammer up as we are being shown.

So there is my first crazy Age of Ultron theory. Do you think it's plausible? Do you think we have all been fooled by The Vision into thinking that he lifted Mjølnir? Feel free to comment, like, share, or whatever other thing you kids do on your social media these days.

*All images are owned by Marvel Entertainment Group or marvel Comics Inc. and are being used under fair use.